Before the gates of the capital of the Grand Duchy of Luxembourg, a landmark building dominates the landscape with its impressive architecture – situated in the Cloche d’Or industrial estate.

The central, most striking aspect of the Wegner Immobilien development project is the round eleven-storey “Drosbach Tower”, which has a 30.4 metre diameter. Five structures extend lengthwise from the tower. These six-storey “fingers” extend to lengths of between 80 and 120 metres, accommodating a total of 2,600 workplaces. Their main entrances are situated centrally, close to the tower.

The entire property has a cellar underneath it (archive, technical equipment, and underground car park). The central equipment room is situated directly below the tower. From there, the entire 76,000 m2 rental space is supplied with electricity at a connected load of 8.4 MW, distributed to seven transformer stations.

All of the façades of the impressive structure are extensively glazed. This ensures a clear view outside from all workspaces. An administrative wing is used by the European Union. 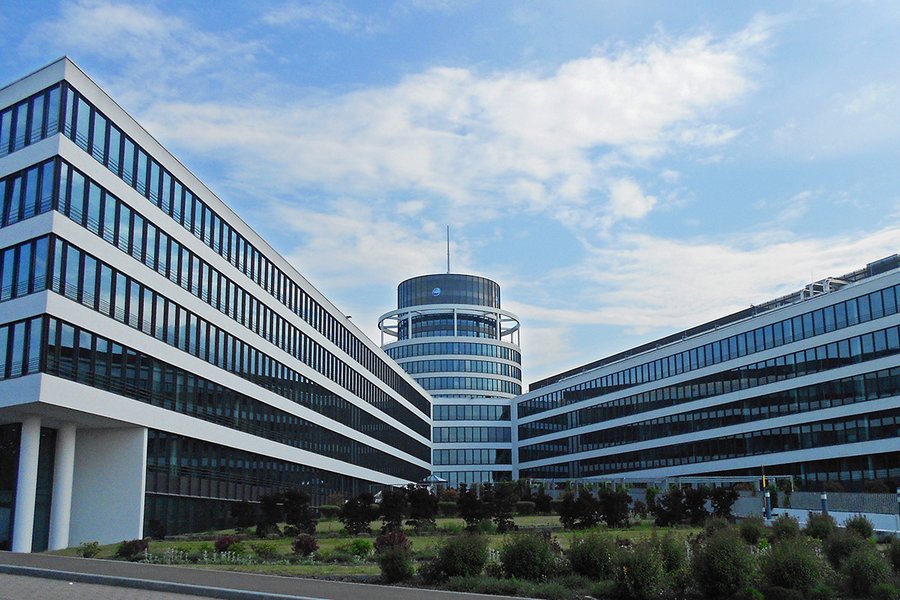